What gives us hope?

Puget Sound recovery faces challenges that are serious and complex. Despite the magnitude of those challenges, we find many reasons to be hopeful about recovery.

The Washington State Legislature passed budgets and bills that advance recovery, confront climate change, and extend the benefits of recovery to more people throughout the region.

Partners are coming together to shape the 2022-2026 Action Agenda, our shared vision and roadmap for Puget Sound recovery, to respond to the scale of the challenges we face.

All across Puget Sound people are getting involved and taking action to restore and protect Puget Sound.

People care about Puget Sound, about its current condition and its future. We know what we need to do to create a healthy and resilient Puget Sound, for us and future generations. We have the chance now to work together and build momentum for ecosystem protection and restoration. We can solve difficult problems with collective action. We can make sure that we all benefit from Puget Sound recovery.

Our delegation supports the Promoting United Government Efforts to Save Our Sound (PUGET SOS) Act, which would raise the Puget Sound recovery effort to the same stature of national importance as that in the Chesapeake Bay. It sets up a Puget Sound Recovery National Program Office at the U.S. Environmental Protection Agency, defines the Puget Sound Federal Leadership Task Force, and authorizes $50 million annually for five years for recovery and restoration.

By supporting funding for federal programs like the National Estuary Program, the Puget Sound Geographic Program, and the Pacific Coastal Salmon Recovery Fund, our delegation has helped make progress in critical areas that include:

Funding for the Puget Sound Geographic Program and National Estuary Program totaled $28.5 million in 2019, increasing to $33.75 million in 2020. Over the last eight years, the Pacific Coastal Salmon Recovery Fund has invested $124 million statewide, including over $14 million in the last two years for projects and administration in Puget Sound.

Our partners in the federal government play a crucial role in carrying out the Action Agenda and funding state and local partners. Federal agencies created their own Puget Sound recovery Task Force and Action Plan in 2016 to support the Action Agenda, including over 75 key actions to protect and restore Puget Sound.

With the tremendous partnership and collaboration of our federal partners, we have been able to make more progress on Puget Sound recovery and better coordinate our actions.

The U.S. Environmental Protection Agency and the National Oceanic and Atmospheric Administration, in particular, work with the recovery community and provide substantial support for the Action Agenda and salmon recovery efforts.

This year, the Washington State Legislature had a banner session, which makes us hopeful for the future. The Legislature advanced policies that address a number of challenges related to Puget Sound recovery and approved budgets that provide significant funding for recovery projects and initiatives.

The Legislature passed two major climate change policy bills—one bill will reduce the carbon intensity of transportation fuels and another bill creates a cap and invest program to support climate change adaptation and the reduction of greenhouse gas emissions.

The Legislature passed other priorities of the Partnership’s Leadership Council in the 2021 session, including a bill that streamlines the permitting of salmon habitat restoration projects; a bill that requires the use of the least impactful alternative when replacing shoreline armoring for residences along Puget Sound shores; and a bill that reauthorizes the Washington Invasive Species Council for 10 years. 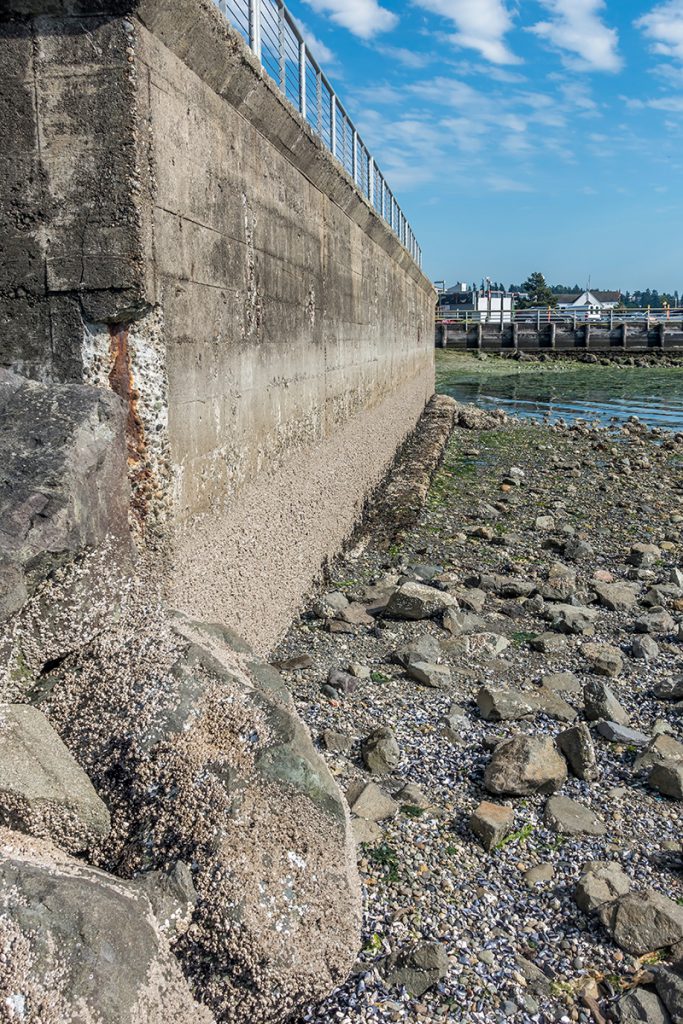 The 2022-2026 Action Agenda gives us hope. The 2022-2026 Action Agenda update will be a shared ecosystem recovery plan that improves the health of Puget Sound and the people who live in the region. It includes the work of many partners from around Puget Sound to describe regional plans and specific actions to help federal, state, local, tribal, and private partners better invest resources and coordinate work.

Like past Action Agendas, this update will identify key strategies and actions for recovery and how those actions connect to our long-term goals and the Puget Sound Vital Signs. This update will also differ from previous Action Agendas. First, it will organize strategies and actions around a set of science-informed desired outcomes that describe the pressures affecting the ecosystem and the changes needed to reduce those pressures. Second, instead of a solicitation for individual project ideas (called Near Term Actions in past Action Agendas), desired outcomes will be accompanied by a higher-level set of strategies, actions, policy recommendations, and commitments for advancing recovery over the next four years. These strategies and actions, for the first time, will explicitly address human wellbeing and responses to climate change.

The 2022-2026 Action Agenda update is scheduled for publication in June 2022. Between now and then, partners around the Sound are working to ensure that the vision and roadmap set forth in this Action Agenda will achieve the following:

Alongside our development of the new Action Agenda, we’ve also improved the adaptive management framework, a learning and decision-making process that helps us reduce uncertainty over time and manage Action Agenda implementation. We’ve expanded the series of measures and indicators to track progress toward recovery goals. We’ve created a target-setting strategy that produces related targets for both intermediate outcomes (Intermediate Progress Measures) and ultimate outcomes (Vital Signs). We’ll roll out the new progress measures and a set of targets with the 2022-2026 Action Agenda. 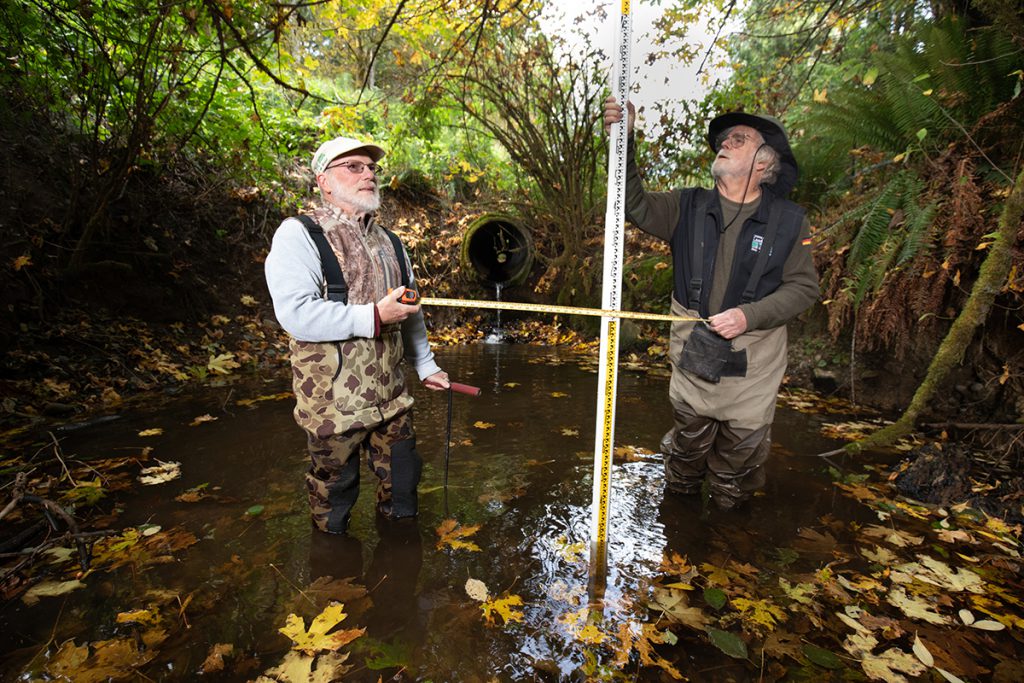 The Action Agenda is the plan for Puget Sound recovery. It includes the work of many partners from around Puget Sound to describe regional plans and specific actions to recover the Sound. These plans and actions help federal, state, local, tribal, and private partners better invest resources and coordinate work.

The Action Agenda meets the requirements of the Washington State Legislature and the Environmental Protection Agency’s National Estuary Program. This locks in federal and state resources that help our region plan and carry out recovery actions.

People are committed to restoring and protecting Puget Sound 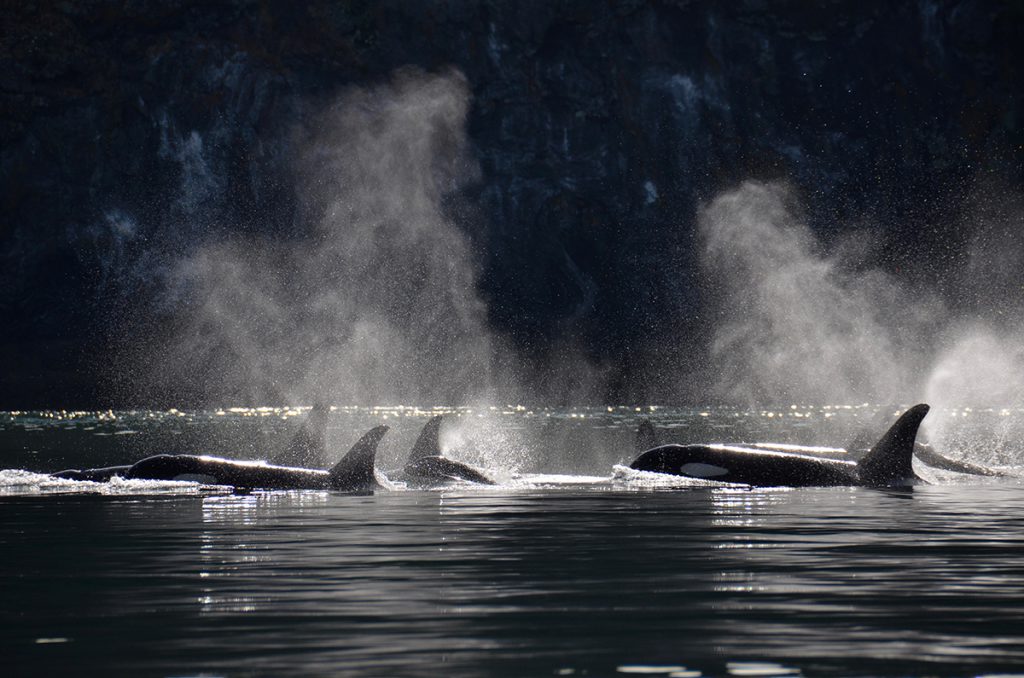 All across Puget Sound, residents volunteer, advocate, and commit their time and energy to protect and restore our waters, land, and wildlife. A recent study shows that Puget Sound residents engage in environmental stewardship and environmentally friendly behaviors at higher levels than the national average (Berkson and Dubois 2019). The willingness of people to take action is critical to the effort to create a healthy and resilient Puget Sound.

Orca Recovery Day is one inspiring example of the power of volunteers in action. Each October, groups volunteer and plan activities like tree planting, rain garden installations, and community clean ups, all in support of orca recovery. The fact that Orca Recovery Day has grown every year to include more people and more events makes us very hopeful.

In three years, Orca Recovery Day has included more than 160 groups, more than 1,300 students, and more than 6,000 participants. It has drawn volunteers to plant over 27,700 trees and shrubs and remove over 59,000 pounds of litter from reaching or re-entering the Salish Sea.

The COVID-19 pandemic did not stop Orca Recovery Day 2020. Around 1,160 people took part as volunteers or attendees in a month-long online EcoChallenge.

During Orca Recovery Day 2020, people volunteered 1,138 hours of their time and carried out the following:

Orca Recovery Day exemplifies the strong sense of pride Puget Sound residents have for their environment. Events like Orca Recovery Day help people create and sustain a connection to Puget Sound and understand what’s at stake, why recovery matters. These connections to Puget Sound—strengthened by time spent in nature, or outdoor recreation, or environmental stewardship activities—can motivate people to preserve the place that they love.