What are the challenges to progress?

Funding does not meet the need

During each state budget round, the Partnership provides the Governor’s Office with its ranked list of the highest priority funding requests needed to advance Puget Sound recovery.

In the last ten years, six of the most consistently high-ranked capital funding programs have repeatedly received awards that fall well short of what was requested (Table 1). In the latest 2021-23 funding round, all six of these programs ranked among the top seven capital budget requests.

From the 2013-15 biennium to the 2021-23 biennium the Legislature has funded some of the highest ranked Puget Sound restoration and protection programs at an average of 53 percent of what was asked, a $763 million gap, leaving many high priority projects languishing unfunded (see table 1). These programs provide tangible results and are a good investment of state dollars.

For example, the Puget Sound Acquisition and Restoration program (PSAR) has implemented 620 projects, restoring 6,449 acres of shoreline and producing 3,413 jobs. PSAR projects and many others are making a difference for salmon and the health of the ecosystem and people, but more needs to be done to build on these successes. Over the last 10 years the legislature has only funded 55% of the PSAR request.

It is critical the funding needs across Puget Sound are met. Around half of the 631 Near Term Actions in the 2018-2022 Action Agenda are ecosystem protection and restoration projects, which are typically funded—at least in part—by state capital investment programs. The costs of protecting Puget Sound will become increasingly expensive over time. We need to accelerate funding for our large capital programs and fully fund the Action Agenda for Puget Sound if we are to recover Puget Sound.

Every day, changing ocean and climate conditions are significantly affecting the health of our ecosystems as well as the economy, health, and wellbeing of communities across the region.

Because climate change is impacting ecosystems, wildlife, and people across Puget Sound, it is one of the largest obstacles we face as we work to create a more resilient Puget Sound. In the coming decades, increasingly severe climate impacts to the region will become an even greater obstacle to achieving our statutorily mandated biophysical and sociological recovery goals. In fact, each of the Partnership’s six statutory recovery goals is threatened by climate change and almost 90 percent of Puget Sound Vital Signs are at moderate to high risk of being impacted by climate change by 2050. See the goal reports in the “How is Puget Sound doing?” chapter for more details on how climate change impacts the ecosystem.

Climate research predicts that a suite of alarming climate effects will appear across the region in the coming decades.

Consequences to our Puget Sound community

Climate change will continue to profoundly affect the physical, mental, spiritual, cultural, and economic wellbeing of Puget Sound communities. Our overburdened communities will be impacted first, most often, and to the greatest extent. As climate change becomes more severe, humans will be increasingly affected by:

These many climate impacts will continue to have profound and, in some cases, devastating consequences to the overall health and vitality of Puget Sound ecosystems and people. Predicted climate impacts can devastate communities across the region, particularly tribes, people of color, and other communities with the increased risks of flooding, property damage, health hazards, and pollution. Unabated climate impacts could quickly strip the region of its iconic natural resources, including salmon and orca, as well as the region’s many iconic landscapes and ecosystems as habitat is reduced and degraded. Local and customary foods may become scarce or too toxic to consume. 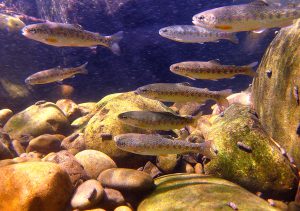 Along with strong action at the international and national level, locally we need to accelerate efforts to update policies, plans, practices, and procedures to account for climate impacts and increase climate preparedness. If provided with the necessary planning, funding, and political will:

urban areas can better plan for increased storm events, soaring temperatures, drought, and increased fire and smoke, as well as accelerate development of emergency response to failing infrastructure; agricultural areas can understand how flooding, heatwaves, and drought may impact crop production; and scientists and natural resource managers across the region can collaborate to better understand what ecosystems in the region can efficiently decrease the magnitude of climate change by sequestering and storing carbon in soils and vegetation.

The record-setting temperatures the Northwest experienced in the summer of 2021 would not have been possible in the absence of human-caused climate change. This extreme weather event shows some of the devastating effects climate change is already having on the people, wildlife, and environment across Puget Sound.

Although the many impacts of the heat wave—including the number of human lives lost—is not yet fully known, we know that the combination of extreme heat and low tides produced lethal conditions for local shellfish and aquatic wildlife.

In addition, urban heat islands common in the most urbanized areas in King County created inequitable health risks to local communities. High temperatures in the Northwest also caused extreme mountain snowmelt that washed out a bridge and inhibited recreation.

Developmental pressure is driving the conversion of ecologically important lands

The Puget Sound region has experienced extraordinary growth over the last decade. This growth has serious impacts on Puget Sound’s ecosystem and resources.

Puget Sound is developing faster than we can restore it

Recent data indicates that some of the benefits produced from restoring or protecting lands significant to water flow, habitat quality, or biodiversity in Puget Sound are already being offset by the continued degradation of habitat due to development. And between now and 2050, the population of the Puget Sound region is expected to increase by another 1.8 million people.

With population growth comes the increased demand for added infrastructure and maintenance, urban expansion and paved surfaces, shoreline development and armoring, and increased land use and transportation. Nearly 1.1 million acres, or 13 percent of the entire Puget Sound land area, are identified as both ecologically important and under high pressure for conversion to development. Due to land conversion from development pressures associated with population growth, many Puget Sound habitats have been reduced in size, diminished in quality, or have been fragmented. Ecosystem processes, like water quality, quantity, and flow, that form and sustain these habitats have been degraded and disrupted. While much of the population growth within the last 10 years has remained within urban growth areas, an increasing amount has occurred outside of these areas, with growing pressure to develop within rural areas close to urban growth boundaries.

With an ever-growing human population, rethinking development choices can not only help maintain the health of Puget Sound watersheds, but also develop resiliency to climate change, strengthen the capacity of its natural defense systems to keep contaminants out of our lands and waterways, buffer against flooding risk, and protect and maintain water quality. We must redirect development pressure and reduce conversion of ecologically important lands, while supporting working lands and protecting and restoring natural and vegetated areas.

We haven’t heard all the voices 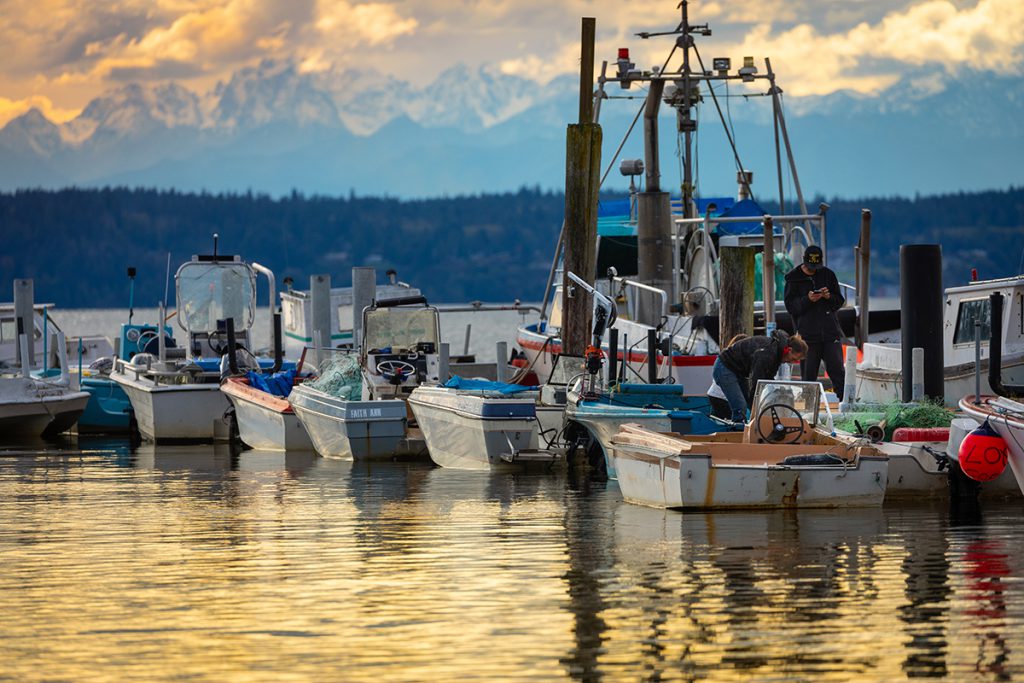 Puget Sound is a culturally rich and diverse region spanning 13 counties and hundreds of miles. It’s home to over 4.5 million people. Connections with the sea and local natural resources are abundant, with many communities economically and culturally tied to natural resource systems such as fisheries, agriculture, and timber. Effective ecosystem recovery requires a diverse representation of viewpoints, perspectives, and values from all affected communities and sectors, as well as scientific evidence to ensure an informed, sustainable, and supported effort.

Together, we will generate the political will and momentum necessary to achieve a healthy and resilient Puget Sound

We need to engage farmers, timber workers, fishermen, business owners, and especially communities whose viewpoints have been historically left out of the ecosystem recovery effort. We need to seek out and listen to different concerns, engage with each other honestly, and work together to preserve the rich abundance of this place that we love. We’re facing big challenges that will require collective action from all of us.

We’re working to include the perspectives and values of the overburdened communities in the Puget Sound recovery effort. We see human wellbeing, environmental justice, and diversity, equity, and inclusion work as key to ecosystem recovery. Human health and quality of life are dependent on a healthy Puget Sound. As a recovery community, we must acknowledge and actively address inequities and injustices that exist within our recovery system.

To address systemic inequities, remove barriers to inclusive representation, and incorporate multiple forms of knowledge for environmental decision-making, the Puget Sound recovery community must: remove barriers and address disparities within decision-making processes; build trust and relationships with new partners and help amplify their voices within the recovery community; develop recovery strategies and commitments that address and integrate environmental justice; ensure that decision-making bodies within the recovery system represent a broad range of voices that guide our collective effort.