Statutory Goal: Fresh and marine waters and sediments of a sufficient quality to support water that is safe for drinking, swimming, and other human uses and enjoyment, and that are not harmful to the native marine mammals, fish, birds, and shellfish in the region.

One indicator of the Healthy Water Quality goal met the target

While only one of the 11 indicators with targets in the Healthy Water Quality goal met its 2020 target, more improved. The Sediment Chemistry Index indicator is the only indicator that was within reach of its 2020 target. Exposure to chemicals in sediment has generally been minimal throughout the past 20 years and has remained in good condition. However, improvements in Elliott and Commencement Bays are particularly noteworthy, especially given that they are situated in more urbanized and industrial landscapes.

Other signals for marine and freshwater water quality did improve in some places or at least stayed the same, namely the Water Quality Index of freshwater, the Benthic Index of Biotic Integrity, and indicators of contaminants in different fish species in different habitats. The Marine Water Condition Index is the only indicator that has steadily declined over the past few decades. 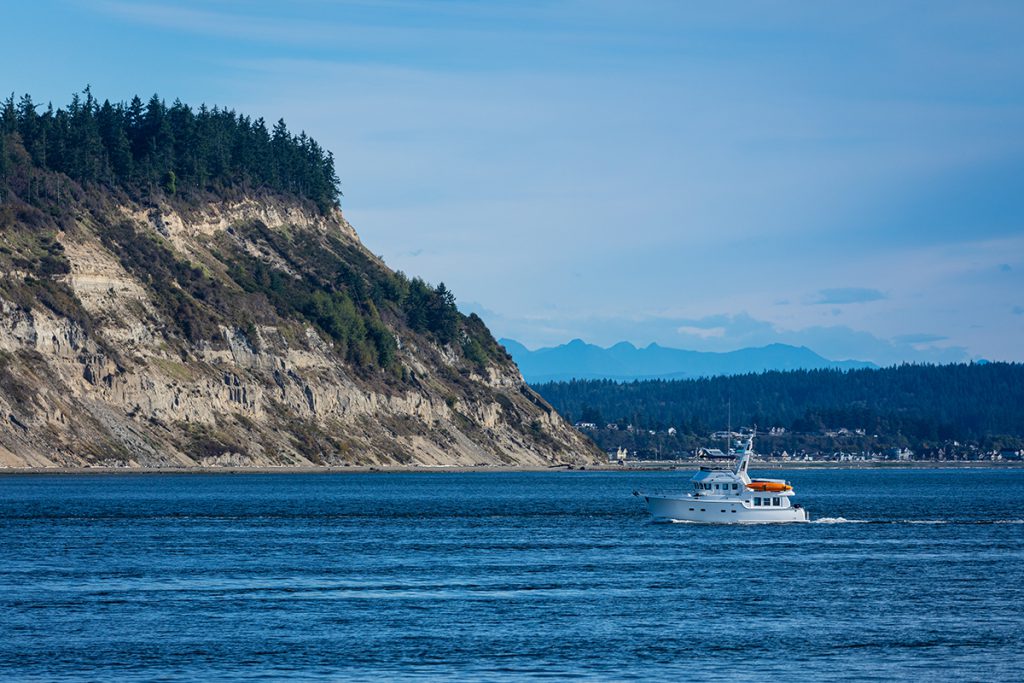 Signals from the 2020 State of Our Watersheds Report

Water Quality: In 2014 only 7% of the Puget Sound Region’s stream miles were assessed for water quality, a total of ~3,867 miles. Of the assessed streams, 87% were determined to be impaired for one or more parameters and are listed in WA Ecology’s 305b report to EPA. Of the 305b listed impaired streams, 56% are identified as salmonid bearing.

Every year, the PSEMP Marine Waters Work Group produces the Marine Waters Overview Report. The project includes an annual workshop to share observations about changing climatic conditions, water quality, and condition of the lower trophic levels of the food web over the course of the previous year. Over the last 10 years, the Marine Waters Overview has had contributions from over 70 experts at over 30 organizations, representing a wide range of monitoring programs across the region. The information gathered in the report is relevant to many of the Puget Sound Vital Signs.

Overall, Puget Sound waters have been warmer and saltier over the past few years – although not as warm as during the “blob” marine heatwave of 2014-2016.

Toxic algal blooms and other water-borne and bacterial pathogens continued to be present in Puget Sound waters but were not any more problematic than they were in previous years.

Ocean acidification continues to be a concern for Puget Sound waters, especially as it relates to shellfish and other calcifying organisms. The highest values were recorded in deep waters of Whidbey Basin and Hood Canal, and at levels known to be stressful to shell-building organisms.

Marine plastics continue to be present in samples, waters, and sediments across Puget Sound and have been ubiquitous in sampling collections over the past five years.

PCBs remain a problem because they are harming the health of aquatic life and people throughout Puget Sound, despite past and ongoing work to reduce PCB pollution throughout the region.

Coho salmon die when exposed to 6PPD-quinone, a tire-related contaminant in runoff from roads, particularly in streams in and around cities. This condition is known as urban runoff mortality syndrome.

More details on the Toxics in Fish Vital Sign webpage.